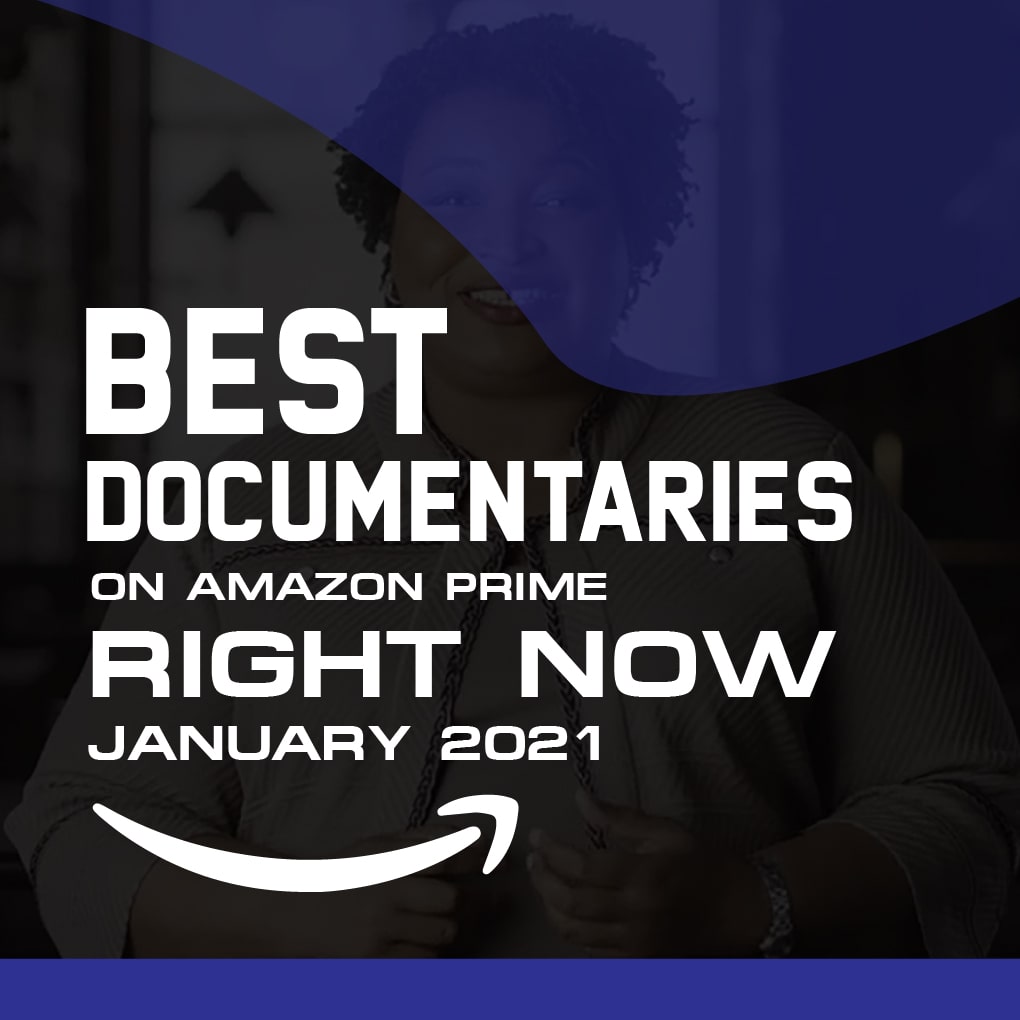 Wants to know the best documentaries on amazon prime? Documentary films were originally called actuality films and were less than a minute long. Thankfully this ever-evolving form of filmmaking has continued to thrive, bringing us feature-length movies that document life, human or otherwise, to educate and entertain.

The best documentaries observe without obstructing, let the viewer think for themselves rather than forcing a plan, and deliver stories worthy of being told to a broader audience than they might naturally find.

Our pick of the best documentaries on Amazon Prime Video covers sport, space, science, music, and more. It should deliver highs, lows, and food for thought in something approaching an equal measure.

Director Mat Whitecross shot footage of the band Coldplay for about 20 years, which was later compiled for this documentary.

Coldplay: A Head Full of Dreams follows Coldplay’s rise to fame. It also features interviews of band members and a great soundtrack.

Since authorities are closely watching the two, they try to delve deeper into the city’s workings as they also interview some defectors.

The murder of former KGB officer Alexander Litvinenko by poisoning in London had many showing their finger towards Russia.

While it starts from that point, the documentary eventually talks about KGB’s widespread network and how its actions affected its relations with the US and England.

One Child Nation is an equally parts powerful and chilling documentary that looks at the history of China’s one-child policy.

With the echoes of the strict family plan mandate being felt three decades later, director Nanfu Wang gives an intimate look into the policy’s impact on the country.

Acclaimed filmmaker Michael Moore’s new documentary discusses the Flint water crisis, the Parkland school shooting, and the rise of white nationalism to illustrate the overall feeling of uneasiness in contemporary America. Rife with Moore’s characteristic jokes and stunts, the film urges us to keep fighting the good fight.

Chasing Happiness tells the Jonas Brothers’ story—the creation, the breakup, and everything in between. This 90-minute documentary attempts to answer an age-old question:

Who broke up the band in the first place? Just like “Lovebug,” you’ll find yourself coming back to this film again and again.

Contemporary artist Ai Weiwei documents the global refugee crisis in Human Flow. In beautiful visual language, he tracks how this crisis has upended the lives of tens of millions of people, regardless of their race, age, and religion.

As the raw images of men, women, and children fill the screen, Ai Wei Wei offers no easy answers; instead, he suggests increased empathy as the only remedy.

This story began when the Indonesian government-commissioned Anwar Congo to eliminate the country’s “communists.” Director Joshua Oppenheimer uses Congo’s testimonies as an entry point to explore the complex dynamics of the 1965 Indonesian genocide. The film is a surreal, meta-experiment, one you will have to see for yourself to understand fully.

Here, a short film for anyone who needs their daily sriracha kick: Directed by Griffin Hammond, this lighthearted doc will introduce you to the man behind the spicy phenomenon and how the Tran rooster serves as the company logo was conceived.

Former New Orleans Saints defensive back Steve Gleason is diagnosed with ALS while his wife is pregnant and struggles to find ways to adapt to his new life.

Narrated by video journals from Gleason to his unborn son, the documentary serves as an intimate portrayal of one family’s struggle with the degenerative disease.

Bruce Brown’s classic follows surfers Mike Hynson and Robert August’s one-year-long quest to chase the summer season as it moved from hemisphere to hemisphere. Surfing the best waves from New Zealand to South Africa, the film details the universal desire to live out your dream.

It’s a story of unbreakable friendship, intoxicating adventure, but most of all, the tangibility of endless summer— something we could all use a little bit of right now.

As you continue to educate yourself on systemic racism in the United States, you might want to consider this documentary based on James Baldwin’s remembrance of civil rights leaders.

While I Am Not Your Negro reflects on the work of Medgar Evers, Malcom X, and Martin Luther King Jr., it also reminds us that America has a long way to go. This angle is just as relevant now as it was upon its release in 2016 — and it will continue to be vital as we push into the future.

Matt Embry was diagnosed with multiple sclerosis, a potentially disabling disease with no cure, in 1995. So he decided to uncover answers and document his journey along the way.

Embry’s story is just one of many featured in Living Proof. He gives a platform to a range of individuals who have been impacted by MS, and the result is profoundly moving. While it is frustrating to see the disease’s effects and the drug industry’s corruptness, Living Proof ends on a hopeful note and creates much-needed awareness in the process.

Snowy mountains, heart-pounding struggle, and the thrill of adventure? All these things and more make up Meru, a 2015 documentary about three climbers who hope to scale the titular peak in the Indian Himalayas following an earlier failed attempt.

Meru’s glistening blend of story and visuals will effortlessly hold your attention, and its message of perseverance is empathetic and inspirational.

Foo Fighters frontman and former Nirvana drummer Dave Grohl takes viewers to a recording studio in Los Angeles where some of the most iconic rock records have been made.

While Sound City’s history is intriguing, its interviews with artists including Stevie Nicks, Paul McCartney, Tom Petty, Neil Young, and Rivers Cuomo give it a soul. The nostalgic soundtrack is also a plus.