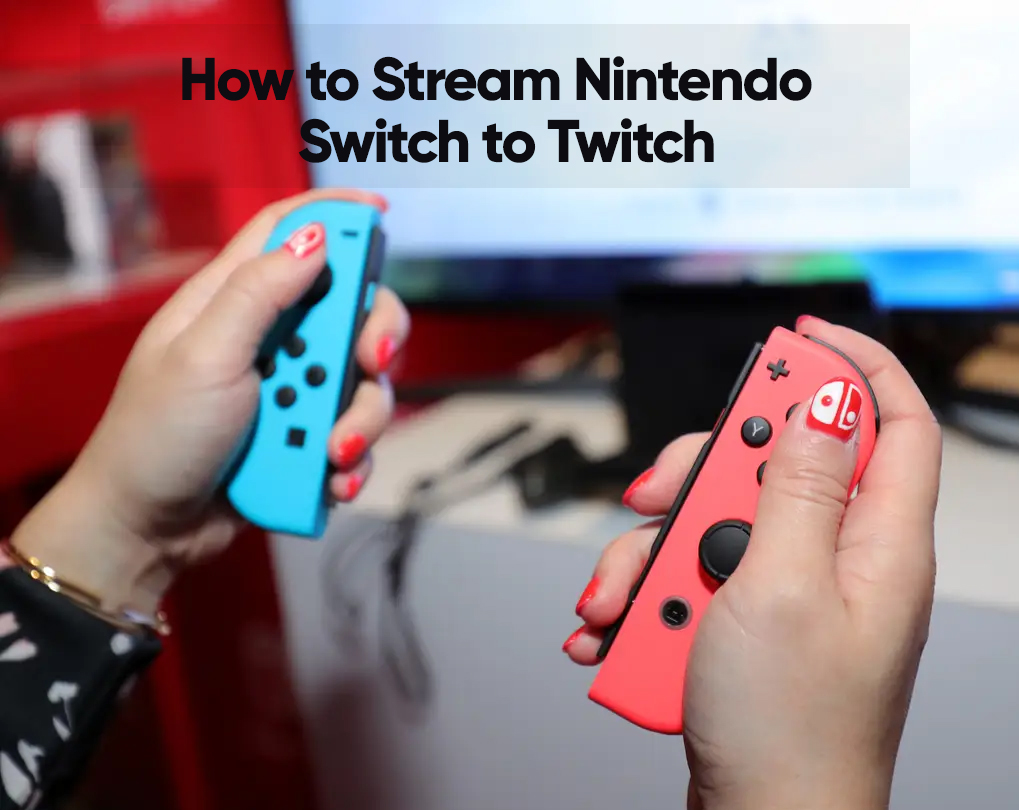 Are you looking to know how to stream Nintendo switch to twitch, or just about any other new Nintendo title? This guide will instruct you on how to stream games from your Nintendo Switch.

Whilst most of the current generation of games consoles enable you to stream to twitch directly from an app on the console, one of the more traditional ways of capturing game footage – whether for streaming or YouTube video making purposes – was achieved through the use of a capture card.

Since the Nintendo Switch doesn’t share the ability to stream directly from the console, you’re going to have to invest in a capture card to share your gameplay.

How to Stream Nintendo Switch to twitch

Have the Right Switch

It’s worth mentioning straight away that you can only stream gameplay live from the classic Nintendo Switch, not the Switch Lite. This is because you’ll need to output video to an external display using the Switch’s dock, and the Lite does not have the hardware to do this. There’s no news yet on whether Nintendo plans to add support for on-device streaming, though given its streamlined tech specs it’s unlikely the Switch Lite is beefy enough to handle long-term display capture on its own.

You can still record gameplay clips for up to 30 seconds by containing the capture button down. If you need to gather lots of these together to create gaming videos, you could do so by upgrading your on-board storage with a HyperX Gaming microSD Card and transferring to your computer. Sorry if this puts an end to your streaming plans first, but if you have the big Switch, with detachable Joy-Cons and a dock, carry on.

Get a Capture Card

Since there’s no built-in way of sending gameplay out over the net for others to watch, you’ll need to capture video and broadcast it yourself. To capture gameplay from the Switch, you’ll need a capture device, like the ever-popular Elgato HD60 or alternatives such as the Aver Media Live Gamer Extreme or even PCI-e cards that you’ll need to open up your PC to install.

These capture devices go by plugging the USB into the PC you’ll be working to encode and broadcast video, then inserting the HDMI out from the Switch into the capture card and another HDMI cable out from the capture card to your display. The capture device uses pass through to let you see your gameplay while recording, or in this case, broadcasting it. This can add a small amount of input latency to your display, but shouldn’t be too intrusive. Depending on how far your PC is from your Switch display you may need longer HDMI cables so make sure you measure up and order accordingly.

Once you have the capture device operating on your PC, you’ll need software to send it to your streaming service of choice. There are a few main choices here, and OBS is powerful and open-source, it’s also free. XSplit has tailor-made plugins and can do more complex overlays and transitions, but does have a subscription cost for the more powerful features. Twitch has also released its software, Twitch Studio, which will make everything a bit easier if you plan on streaming exclusively there.

Set Up Your Software and Streaming Platform

Once you’ve got your preferred software, you need to set it up. Each is slightly modified and will have documentation on their main help or FAQ pages to guide you through in more detail, but we’ll lay out the basics here. When you’ve decided on which streaming website you need to use, get your broadcast dashboard (usually under your account settings, found by hitting your profile picture). On the dashboard, there will be something announced a Stream Key. This string of numbers and letters will identify your account when transferring video to the site’s streaming servers, broadcasting it on the correct page.

You require to find the settings of your streaming software that asks for your Stream Key and paste it in there. Other options to do with bitrate and other technical upload specs can be worked out by heading to a bitrate calculator and putting in your numbers. You’ll need to know the output resolution (for Switch it’s likely to be 720p) and your internet upload bandwidth to make sure you can stream without buffering.

Q: Can you stream Switch on Twitch?
A: To stream Nintendo Switch gameplay, you’ll require a Twitch account, as well as a capture card and recording software. Streaming from your Nintendo Switch is a great way to involve friends and family in fun, and to show off your gaming prowess to a much larger audience of followers.
Q: Can you stream on Switch without a capture card?
A: You don’t. The only way this would be possible at all is if either the operating system (much like the PS4 has built-in Twitch streaming) or an individual game would need to have the resources and API hooks to enable this without the use of a capture card.
Q: Can you stream Disney plus on Switch?
A: Unfortunately, there’s no Disney Plus app for the Nintendo Switch. The Nintendo eShop offers apps for Hulu and YouTube, both of which provide some of their own Disney shows and movies.
Q: Do I need a capture card to stream?
A: If you want to play games on a PS4, Xbox, or Switch, you’ll require a capture card. It’s a device that plugs into your console and computer via HDMI and allows you to stream and record gameplay on Twitch (or YouTube.) This one by Elgato streams in 1080p and has a lag-free pass through that’s essential for streaming.