Are you looking for the park bunker code and location of Warzone bunkers? While Verdansk has a long history with bunkers, we no longer have access to the original Verdansk map or its bonus rewards bunkers due to the nuclear incident that brought the Cold War era to an end. However, as the release of Call of Duty: Vanguard approaches, as well as the arrival of Season 6, we have new World War II-themed bunkers to discover.

We still need to figure out which of the old bunkers survived, if any, but you can find all of the codes for the original Verdansk map further down, just in case. Continue reading to learn about the new Warzone Season 6 bunkers.

Call of duty is one of the most successful games in the COD franchise. It is a royale battle video game that is free to play and released on March 10, 2020. This game is made for PlayStation 4, Microsoft Windows and Xbox One.

There are 150 players who can participate in online multiplayer combat in Warzone, although some limited-time game modes allow 200 players. Additionally, there are modes such as plunder, rebirth revival, buyback solo and others. Cross-platform play, and cross-platform progression are features of the game.

The makers have attracted a number of players with their exciting and intriguing in-game activities. Although, to learn more about the bunker locations in Call of Duty Warzone, continue reading.

According to information provided in a Call of the Duty article, Warzone’s WWII bunkers have lain dormant since the end of World War 2 and function as “an underground passageway system” and armaments storage facility.

While Adler was away, he revealed bunker locations, sunk to them, and planted seismic explosives to cause the chaos seen in Verdansk.

The article also expectedly claims that the “enigmatic nature” of the WW2-era bunkers “hints at what is to come after Vanguard launches in November.”.

A subsequent article confirmed that there would be three of these World War II bunkers to explore.

The total number of bunkers in the COD Warzone is 10. On the map, there is a park bunker at the bottom. Players must reach the southern part of the map. Once you have reached the “park” on the map, you should start moving towards the south. When you reach the road at the map’s border, start following it. The road will lead you to a stone building that houses the park hunter. Aside from the park bunker, here is the list of all the other bunkers in the COD warzone.

The park & Other Bunkers of Warzone – Park Bunker Code

How To Get Into & Out of the New Rebirth Golden Bunker

We are going to tell you tricks on how you can enter the golden bunker in a cool way and get out of it smoothly. However, these hacks work 100%, so feel free to practice them. Follow the steps underneath on how you can do that.

1.     Sit on the very front of your vehicle to enter the door

Slowly move backward on, keep an eye as a point of reference and ensure the point where you are about to fall. However, tell your friend to drive right straight toward the door. And you’ll see yourself inside the bunker.

Inside this golden bunker are lots of loot like miniguns, durable gas masks, etc. However, this method needs a little practice, but it’s easy once you make it. 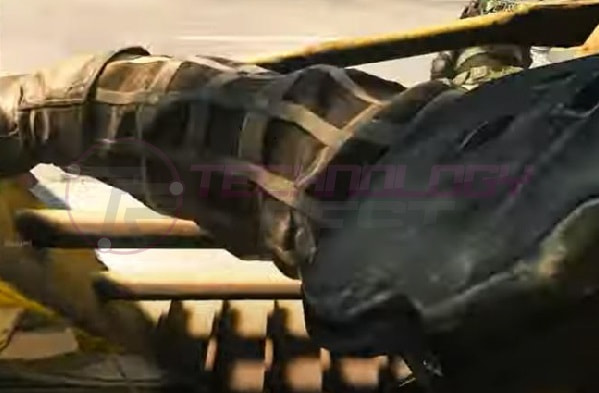 If you constantly sprint against the door and keep punching, you can see it pushes you slowly to the barrier, but it’s not enough to get out of it, so you need your friends out with an ATV. Your friend uses the ATV to push you through the barriers.

If your friend constantly reverses the car back to the door, and you keep punching and pushing forward to the door, you’ll scoop the door quickly.

This is how you can go in & out of the golden bunker.

Park Bunker Code of Warzone – To Open Call of Duty

Call of Duty: Warzone rewards those with the best loot with the most wins. In the early game, all you care about is what you find on the map. Loadouts are filled with players’ preferred weapons and perks. When it comes to ground loot, it can be beneficial. However, if you are looking for high loot at the start of a match, bunkers are the spot for you.

Bunkers surround Verdansk. If you know how to enter the codes, you can go inside for a slew of elevated loot. This loot can make you win more gun battles, especially if you arrive quickly.

Verdansk has a bunker near the park point of interest at the southernmost point of the map. Once you’ve entered the proper code, you will find some sweet loot there.  I will give you the code to open the Park bunker in Warzone.

The bunker is located south of the park matter of interest at the map’s south end. However, the entrance can be found with large rocks next to the road that runs along the southern part of Verdansk.

A nuclear warhead is housed in a bunker just south of Verdansk Park, beneath the monument/tower. To gain access to this bunker (vault), players must enter the park bunker code 60274513 to open its door and enjoy the loot inside while chasing down that Warzone win.

This enclosed bunker door can be found in Verdansk’s grid F-8, near the map’s southernmost tip. However, to get there, drive along the shoreline and enter the neglected fortifications. Come down the stairs to find a bunker door that has been sealed. To open it, enter the code that is given above.

In conclusion, the total number of bunkers in the COD Warzone is 10. On the map, there is a park bunker at the bottom. Players must reach the southern part of the map. In addition, we have told you about the park bunker code 60274513 that is the main part of this article. We also went through the detail park bunker and other bunker’s locations. Verdansk has a bunker near the park point of interest at the southernmost point of the map. Once you’ve entered the proper code, you will find some sweet loot there.