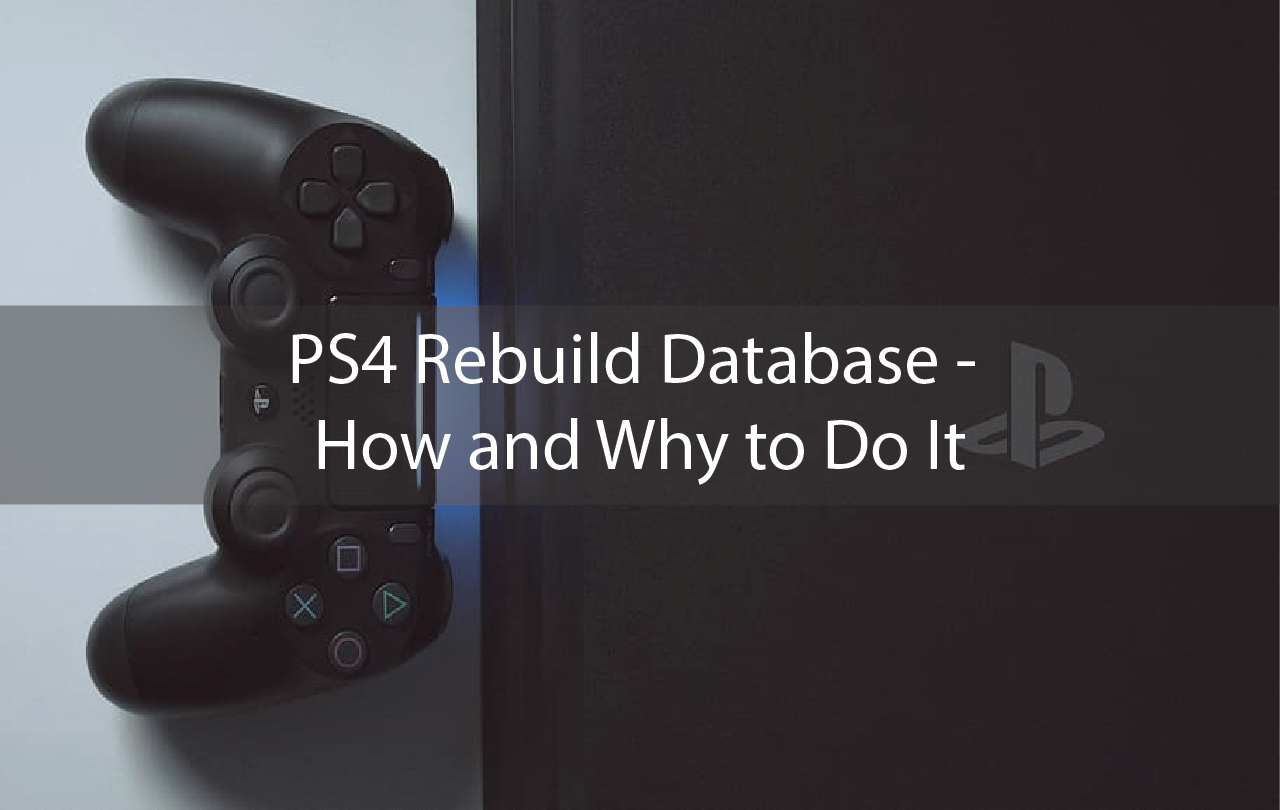 When was the last time you did a PS4 rebuild database? If you don’t know what that is or can’t remember, chances are it’s been too long. Luckily the process is safe and straightforward, and while it will take longer if you haven’t done it before (or ever), there’s no harm in improving your console maintenance now.

Following these steps will eliminate corrupted data and rearrange your files, improving your system’s performance. With the PS5 soon to be released on general sale, many gamers will face a tough decision of stick or twist. Those of us who will stick with the current-gen consoles we’ll need to ensure our PS4’s are fighting fit and ready for action.

What is the PS4 Rebuild Database?

When your Sony PlayStation 4 downloads data, whether it’s a new game or an update to an existing title, the console must sift through the downloaded data to find its needs. A few significant updates and game downloads can cause your console to slow down, as it has to sift through a lot of data. Much of this data isn’t relevant to the current operation, though.

Rebuilding your PS4’s database tells the system where the relevant downloaded data resides on the drive. Once this process is complete, it’s easier for your console to find the data it needs for a particular game or service. This can lead to faster boot times and a more responsive console.

This isn’t the same as defragmenting a hard drive—that process would take much longer. Defragmenting moves data around, whereas rebuilding the database only affects the database. After the database is rebuilt, the console notes where the relevant data is on the drive, and then updates its location.

How do I begin the PS4 in Safe Mode?

Why it’s Important to Rebuild Your PS4 Database

If you tend to keep your PS4’s hard drive mostly full with applications, save games, video clips, photos, and the like, those files can become disorganized and fragmented over time, leading to issues like the following:

Fortunately, rebuilding your PS4’s database can help address the above issues, and even if you’re not currently suffering from said issues, rebuilding the database is still a good idea if it has been a while since your last rebuild (or if you’d never rebuilt it at all and you’ve had your PS4 console for a time).

How to Rebuild Your PS4 Database

Before you rebuild your PS4’s database, rest ensured that the process doesn’t delete your saved data; it merely reorganizes and freshens up your system’s files. To do this, you’ll need to put your PS4 into Safe Mode. Now, as to the specific steps for starting a database rebuild, those are as follows:

Once the database rebuild process is complete, your PS4 will hopefully be running like new (or at least more unique than how it was performing before the rebuild). If you want to assure your PS4 is always in tip-top shape, make sure you perform a database rebuild at least once a month.

Q: Should I rebuild my ps4 database?
A: Fortunately, rebuilding your PS4’s database can help address the above issues, and even if you’re not currently suffering from said issues, rebuilding the database is still a good idea if it has been a while since your last rebuild (or if you’d never rebuilt it at all and you’ve had your PS4 console for a time).
Q: How Long Does the rebuilding database take ps4?
A: The process of scanning the entire hard disk and rewriting it takes time, given that a typical hard drive has billions of memory segments. Usually, it takes about 3 hours for a standard rebuilding to occur, but this varies significantly.
Q: Why can't I rebuild the database on ps4?
A: The possible reasons for PS4 data corruption are various, and the common ones you might experience include: Your hard drive is poorly functioning. The data of some game you installed gets damaged. You didn’t install the game file to the system properly.
Q: Does rebuilding database speed up ps4?
A: The Rebuild Database choice does a defrag of the PS4, which can solve a whole host of issues on the PS4 and free up some much-needed space, speed up your console and fix problems. The Rebuild scans the drive and creates a new database of all content, thus erasing the disc drive.

After selecting Rebuild Database, it’s waiting time. It could go quickly, or it could take hours, depending on how bad it’s gotten. When it’s done, your PS4 will restart itself, and your database will be organized perfectly. If you have any other queries regarding the PS4 rebuild database, please share with us in the comment box section below.