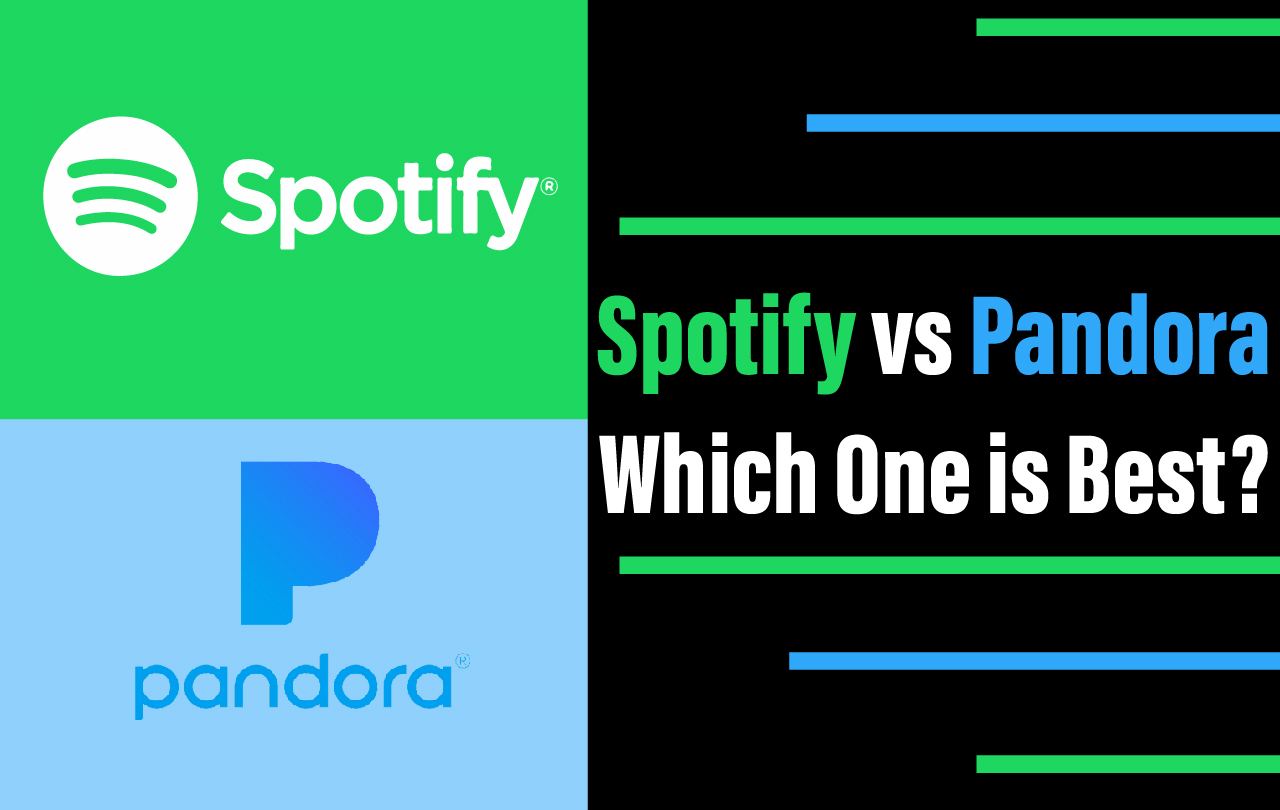 Are you exploring to know which one is the best music streamer between Spotify vs pandora? The popular music streaming services Pandora and Spotify function very contradictorily. Spotify listeners can choose the songs they desire to play when they want to play them. Meanwhile, Pandora is a radio service that does not let users decide the specific songs they want to listen to, whenever they want. Instead, users create a “radio station” based on artists, songs, or genres they already like; Pandora then finds pieces that are “musically similar” through their Music Genome Project.

Pandora is a way for users to find new music that matches their tastes. At the same time, Spotify—even though it offers radio stations too—is better suited to stream and share music that users already know and love.

We can shortly describe Pandora as a personalized internet radio station. Even if the concept is now nothing to be surprised about, we need to underline that Pandora was a long time before the popularity of Spotify and other music streaming services.

The main idea of the platform created in 2000 was to create a playlist based on the listener’s taste and listening habits. Everything is based on the so-called Music Genome Project made of many experts working to develop the best possible algorithm, which will help the listeners to match their music expectations. Pandora may also be proud of almost 80 million active users in the United States, Australia, and New Zealand.

Probably everyone has heard about the great and big king of all music streaming services, which is Spotify. Spotify offers the best option available now, so it is quite evident that a lot of new subscribers are joining Spotify’s family each day.

Two hundred eighty-six million users of the free version and 130 million users of Spotify Premium, who are paying each month to receive access to over 40 million songs, playlists, and podcasts, are impressive. We were writing many times about Spotify on our blog, so we recommend you to get familiar with the platform.

Pandora is no longer the most famous music streaming service in the US, with Spotify taking the No. 1 spot in 2019. According to eMarketer’s newest forecast on digital music listeners, the quantity of Spotify listeners exceeded those of Pandora two years sooner than foretold in its March 2019 forecast.

In 2019, Spotify grew by 25.8% to 65.4 million US listeners, surpassing Pandora, the dominant music streaming platform in the US since its launch in 2000. eMarketer defined listeners as internet users of any age who listen to Pandora or Spotify on any device at least once per month.

Spotify’s rapid growth can be attributed to a few critical business decisions. In 2019, Spotify received multiple podcast companies, which resulted in more content on the platform.

Following these purchases, Spotify made its podcast content more prominent by applying its recommendation algorithms and featuring them in more places.

First and foremost, Pandora is a music discovery service. Its main feature is Stations, which function like radio stations but are customizable to your liking. Spotify is more of a jack-of-all-trades streaming service; though, both do a great job of curating recommended playlists and make it easy to find new, related content.

How are they the same?

Much like Spotify and other assistance, Pandora Premium will give personalized suggestions based on what you’ve listened to previously.

Pandora Premium will additionally let you download albums, songs, stations, or playlists for offline. This way, you won’t need to burn through your monthly data allotment or go without tunes when you lose a signal.

I didn’t expect to be this impressed by Pandora, but it really upped the ante since the old days, and I now consider Pandora a legitimate competitor to Spotify. Ultimately, Spotify wins this contest of Spotify vs Pandora for a few reasons, but it was very close. For the same pricing, Spotify affords you better audio quality, social features, underground music, and music discovery options like Discover Weekly.

However, if these things are not as important to you as exclusive artist messages, customizable Stations, or if you prefer Pandora’s interface, you may find yourself favoring Pandora over Spotify. You honestly cannot go wrong with either streaming service.

Q: Which is better, Pandora or Spotify?
A: Spotify has more real social features, better apps, and more value for your dollar. If you’re continually looking to expand your musical horizons and are in love with its powerful radio-style listening, Pandora is the most reasonable investment, but it’s not beating Spotify.
Q: What is the difference between Spotify and Pandora?
A: The difference is that Pandora lets you add as many starter songs to set a base, while Spotify allows for only one piece. Pandora Premium will offer a dynamic user interface, changing the Now Playing screen’s color scheme based on the art of the song you’re listening to.
Q: Is there a better music app than Spotify?
A: Spotify is better if you want a wide selection of on-demand music streaming. Pandora Internet radio plays from a smaller collection of 700,000 songs than Spotify’s 15 million-song vault.
Q: Does anyone still use Pandora?
A: A massive chunk of its 75 million listeners still uses the free, ad-supported platform that Pandora has marketed for years. Its much-touted algorithm ensures that you can pick a song, artist, or genre, and Pandora will find music for you that aligns with your taste.

Despite having existed for nearly twice as long, Pandora can’t keep up with Spotify’s impressive versatility and usability. However, that may be attributed to its ongoing development of the Music Genome Project. The preamble of Pandora Premium ushered in a new area for the service and made it viable among standouts of the music streamers. Still, Pandora is playing catch-up at this point, and it’s pretty far behind. Share your valuable thoughts and suggestions in the comment box section below.